Our special correspondent reports from the Zaporozhye region

A small town on the shores of the Sea of ​​Azov, quiet, cozy Berdyansk. For several years until 2014, I came here every summer to relax. I rented a room in the private sector with a lovely couple. Returning to the capital, I called them up, found out how things were going, congratulated them on all the holidays. I had a chance to see Berdyansk again eight years later. I was driving here and worried. 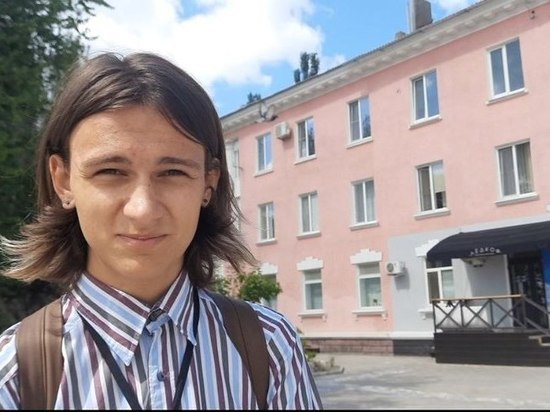 We left Donetsk especially early in order to have time to return before dark and not fall under the curfew. At the checkpoint at the entrance to the Zaporozhye region, the military checks the documents especially carefully. Mere accreditation in the DPR and LPR and the phrase “we are the press” are no longer enough here.

– And where is the pass to travel through the liberated territories? the uniformed man's question took him by surprise.

– So here it is, – the driver answers a little tensely, pointing to a green piece of paper located under the windshield of the car. – We were told that this is enough.

– Do you know how to read? – the military is wearily interested. – Here it is written in Russian “in the liberated territories of the Donetsk region.” Donetsk region ten meters back.

In confirmation of his words, the inspector points with a gesture of his hand to the inscription left behind with the name of the region we have just left.

“Okay,” he says, also wearily, after a few seconds of pause. – Move on, press. But keep it in mind for the future.

Thanks and moving on.

At the entrance to the city there is a roadside cafe and a small market. The time is right for breakfast. While colleagues are waiting for the ordered food, I go to the market. On the shelves are watermelons, melons, juicy peaches and large dark blue plums. Prices from Donetsk differ not much. A kilogram of plums is 100 rubles, peaches 120-150. You can buy for rubles, and you can for hryvnia. Rate: 1 hryvnia – 1.6 rubles.

I ask the saleswoman, a thin elderly woman, to weigh a few peaches.

– What are you? she replies excitedly. – I haven't even seen them yet.

– Are you straight from Russia? – the boy standing behind the neighboring counters is interested, while I frantically search for a change in all my pockets to pay for the purchase. I nod in the affirmative.

– I used to work as a nanny in Moscow, – the saleswoman shares. – And in St. Petersburg, too, worked. But that was all a long time ago. Then our politicians screwed up what the hell. And what do you think now, can we go to Moscow?

– So colleagues, – the young man smiles. – I would be happy to give you an interview.

My interlocutor's name is Kirill, and he is a native of Berdyansk. Now she works in a local, still new edition of Svobodny Berdyansk.

Cyril, without hesitation, calls life under Ukraine a real bedlam. He says that the previous government did absolutely nothing either for the city or for its inhabitants. But Ukrainization was in full swing.

– Everywhere there were flags with the emblems of “Azov” (a terrorist organization banned in the Russian Federation. – “MK”), stickers of “Azov”, posters all around. Unfortunately, I do not have with me the coloring books that I brought to preschool institutions. You would have seen for yourself that Azov was everywhere there too.

Nazification flourished, and it was everywhere.

According to Kirill, the Russian-speaking population of the city was oppressed everywhere. You don’t have to look far for an example, the young man was forbidden to take a school exam in chemistry in Russian.

– They demanded to tell “At the Lukomorye there is a green oak” in Ukrainian, the description of the steppe from Gogol’s story is also in Move, the interlocutor shares .- I refused. Accordingly, I received “failed”.

“People hardly ever went outside. What you see now here on Primorskaya Square is still crowded compared to what it was in February.

According to the young man, Russian troops entered Berdyansk on February 28th. The guy from the balcony of his apartment saw tanks with the “Z” symbol and, at first, he admits that he was very scared.

– We didn’t really know anything, we thought that these were Ukrainian tanks. The first thought was: “Well, that's it, now they will start firing at us.” They immediately started looking on the Internet and only then did they find out that it was Russia.

Cyril, without hiding his emotions, admits that it was “without exaggeration” a joyful event for his entire family.

– We hugged our parents. Thank God, finally, the Russians are here, – the interlocutor shares his experienced emotions. – I even have a portrait of Shoigu at home.

The Russian military made a worthy impression. All questions, and people naturally had a lot of them, were answered intelligibly and politely. The issue of humanitarian aid was also resolved at the appropriate level, the townspeople were provided with all the necessary food.

The young man is sure that with the advent of Russia, many here have new opportunities and prospects. Many hope for free education, benefits, social benefits.

– I could not even imagine before that I could get a job as a journalist. And now I can.

To the question of what Berdyansk needs most now, Kirill, despite his young age, answers very seriously: “In the system.”

– I understand that it is difficult to fix it quickly, but people are waiting for order and the opportunity to work. We are also looking forward to the referendum. I can't speak for the whole city, but all my relatives and friends will vote for the future together with Russia.