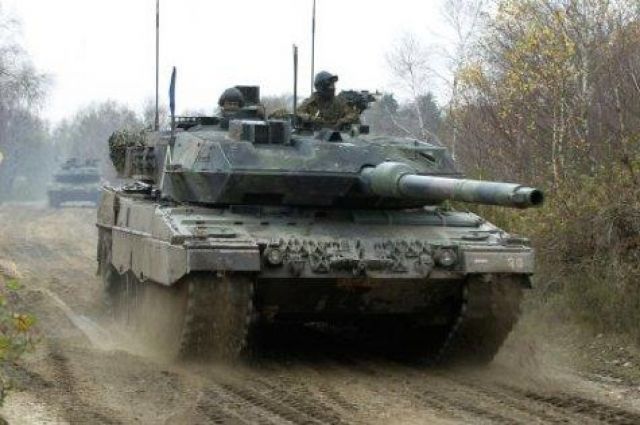 The Federal Republic of Germany can transfer even more weapons to Ukraine: heavy armored vehicles, including Leopard 1 and Leopard 2 tanks. RIA Novosti columnist Andrey Kots writes about this.

German Foreign Minister Annalena Berbock urged authorities and alliance allies to provide Ukraine with tanks and heavy armored vehicles. She believes that it is impossible to delay, since Ukraine is now “a turning point in the military campaign.”

According to the German newspaper Bild, the majority of government members are in favor of transferring additional weapons to Kyiv, including tanks Leopard 1 and Leopard 2, Marder infantry fighting vehicles and Fuchs armored personnel carriers.

The government of German Chancellor Olaf Scholz is under pressure from the United States on the supply of weapons to Kyiv. The State Department sent a message to the German Foreign Ministry indicating that Washington welcomes such deliveries.

However, a decision has not yet been made. According to Politico, Scholz recently complained to Russian President Vladimir Putin about US pressure.

At the same time, according to analysts, Berlin is unlikely to be able to provide modern weapons. According to military expert Alexei Leonkov, what Germany could share without harming itself is already in Ukraine. At the same time, no one is going to give new equipment that has just rolled off the assembly line, the specialist noted.

Scholz, Berlin, first of all, can transfer Leopard 1 tanks to Kyiv, which were removed from service back in 2010. However, their storage is not cheap.

Germany's Leopard 2 main battle tanks are quite modern and very dangerous. The A7 modification is perfectly armored, has an effective fire control system, long-range sights, and good running performance. But Berlin has only 225 units of such tanks, while there are less than 20 A7 modifications.

In the case of deliveries to Ukraine, Germany can transfer the A4 modification, there are about 80 of these vehicles.

Berlin can also transfer armored vehicles for the infantry, including the existing 380 units of Marder infantry fighting vehicles. To move soldiers away from the combat zone, there is an armored personnel carrier Fuchs – about 360 of these vehicles are available.

It was previously reported that high-ranking Pentagon officials opposed the supply of ATACMS missile systems to Ukraine.