President of Kazakhstan Kassym-Zhomart Tokayev dismissed the government of the republic. The reason was the protests over a twofold increase in gas prices, which began on January 2 and still have not died out. At the same time, it was decided to return the cost of blue fuel to the end of 2021, that is, to reduce it from 120 to 60 tenge per liter (from 20 to 10 rubles). The Mangistau region was even more fortunate, in which the first demonstrations of disgruntled people began, where they decided to reduce gas prices to 50 tenge. However, the protesters want even more concessions. 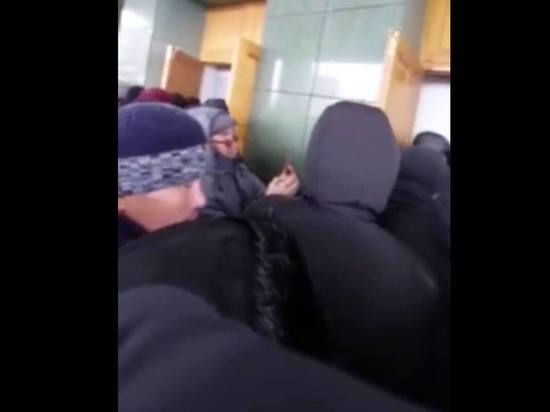 “There is always talk that prices will rise after the New Year, and as a rule, expectations are justified. But no one expected that gas prices would rise so much. Apparently, it took 10 years for Zhanaozen's wound to heal, now they are constantly talking about the need to protest, “Sergei, a resident of Alma-Ata, told MK.

On the night of January 5, the former capital of Kazakhstan became the headliner of all news from the republic. Several thousand people all night tried to break through to the central square of Almaty and for some time were even able to seize the akimat, but they were driven out by the police. The security forces responded to the rioters with stun grenades, rubber bullets and other special equipment. As a result, 190 people were injured, including 137 police officers. In other large cities of Kazakhstan, including Nur-Sultan, events developed in a similar way, although not so sharply. The Ministry of Internal Affairs of the country said that over the night over 200 protesters were detained throughout the republic, at least 37 police cars were damaged.

Tokayev's concessions failed to dampen the wave of discontent. Even the introduction of a state of emergency in the former capital did not change the situation. In the afternoon, the Akimat of Almaty was again briefly seized by the protesters, the same fate befell the Akimat of Aktobe. If on January 2 the main demand of the protesters was a reduction in gas prices, then by January 4 it was joined by the resignation of the government and the removal from power of the head of the National Security Council of Kazakhstan, the first president of the republic, Nursultan Nazarbayev. “Old man, go away!” Protesters shout in all major cities of Kazakhstan.

The main accumulator of protest sentiments is Zhanaozen. In 2011, in this city, the authorities brutally suppressed workers' protests against low wages and poor working conditions (15 to 70 people were killed, at least 400 people were injured). At the beginning of 2022, the residents of Zhanaozen were the first to come out against the increase in gas prices, and on January 5 they put forward 5 demands to the country's leadership, including a change of the political regime, direct elections of akims of regions and cities, the return of the 1993 Constitution, an end to the persecution of civic activists and the coming to the power of a person who is recognized as non-systemic and revolutionary. In addition, a council of elders began to form in the city.

Despite all this, the authorities of Kazakhstan consider the protests to be an internal problem of the country and do not accuse the US State Department, Islamic terrorists or any other external force of organizing them. Tokayev made the government of the republic responsible for the situation.

“In Kazakhstan, over the past 30 years, there has been a strong imbalance between the very poor and the very rich, and over the past year, inflation has greatly increased in the country, prices have increased for almost everything. In particular, housing prices have doubled. Naturally, this greatly fueled the protest mood. Plus, in 2021, elections to the parliament of Kazakhstan were held, but the elected deputies did not establish communication with their voters. As for the external factor, Kazakhstan attracts too many investments, and it is easier for investors to cooperate with Tokayev than with some revolutionaries, whom no one has heard of until now. Moreover, the lawlessness, as a rule, suits the visiting youth from the regions, and not the townspeople, while international structures usually finance organizations located in large cities, “explains MK the head of the Eurasian Expert Council Chingiz Lepsibaev .

As for the 5 new requirements that were put forward in Zhanaozen, Lepsibaev considers their immediate implementation unrealistic. According to him, political changes are already underway, but they will not be accelerated in order to avoid problems within the ruling elite. For example, in 2021 there were direct elections of mayors of villages, in 2022 there will be elections for 209 district akims. In addition, Nazarbayev resigned as head of the ruling Nur-Otan party and head of the Assembly of the Peoples of Kazakhstan.

“But the resignation of the government has long suggested itself, and the protests have become a convenient excuse to carry it out. There were a lot of questions to the head of the government, Askar Mamin, and for a whole year he never went to the journalists to answer their questions. This was in stark contrast to the behavior of his predecessors. In the future, we can expect the resignation of the heads of the regions in which the protests were the strongest, “Lepsibaev said.

However, he has no doubts that Tokayev's power will stand, the only question is at what cost it will be possible to achieve this. “I would like the parties to come to an agreement in an amicable way. If the lawlessness on the city streets continues, you will have to resort to force. But I would not want to, after all, these are our citizens, ”concluded the head of the Eurasian Expert Council.

In Almaty, a crowd of demonstrators burst into the city administration building: video

In Aktobe, the protesters were driven away from the city hall by water and flash grenades