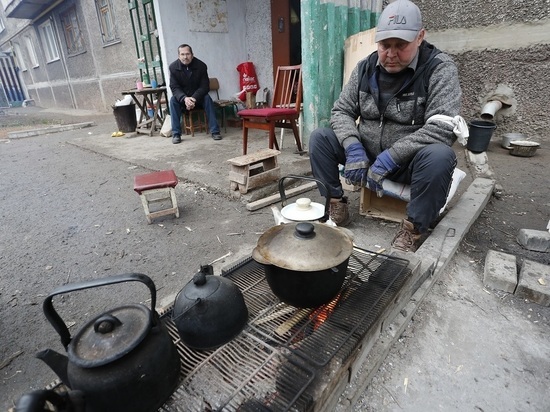 Author of books on Ukraine, British political scientist Richard Sakwa said that, like many, he does not know for sure what happened in Bucha after it was taken by Ukrainian troops. But he knows that the Russian servicemen left on March 30th. Two days later, there were reports of massacres.

In an interview with The GrayZone, he said that, according to him, the Ukrainian battalions wanted to clean up everyone who worked with the Russians. Of course, the expert does not have direct evidence.

“However, there is a lot of evidence that the standard version that this murder was committed by Russian troops can be called into question,” Sakva said. In his opinion, an independent investigation is required, since no one can get away with killing civilians.

Richard Sakwa also stressed that Moscow has repeatedly opened humanitarian corridors from Mariupol. But they were blocked by fighters of the Armed Forces of Ukraine and the extremist battalion “Azov” banned in Russia.

According to the political scientist, the plausibility of the shelling of a maternity hospital in the city is also a big question. He said that he knew that almost all pregnant women and personnel had previously been evacuated from it.

Richard Sakwa emphasized that he had noticed how the intonation of the British press had changed in relation to Azov. At first they were called neo-Nazis, then they switched to other epithets – an extreme right-wing organization. In his opinion, this is a vivid illustration of the proverb “the enemy of my enemy is my friend.”

The political scientist admitted that the world has witnessed a struggle between two world orders.

“There is a version of Russian internationalism and there is the hegemony of NATO, which allegedly relies on the protection of human rights. If only they adhere to it,” Sakwa added.

Ukraine, according to him, fits perfectly into the old model of war, like in Vietnam or Korea. When the protagonists try to avoid direct conflict by acting as allies of the opposing sides.