There are individuals whom history puts on the pages of textbooks. Just like that, out of chronological necessity. And there are those who write this story in a sweeping manner, not shy about blots and edits, crossing out or tearing out entire pages if they are filled with lies and fear. 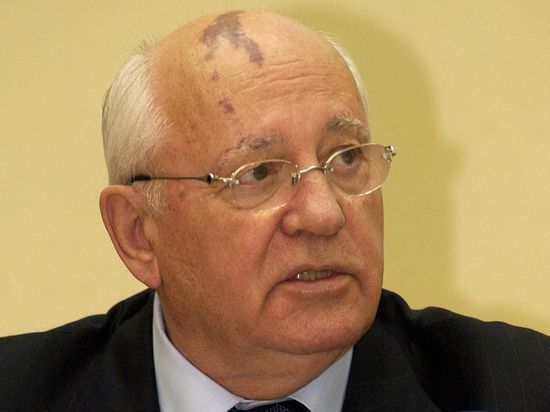 Such is Gorbachev. With his kind, sincere squint, the famous gesture of throwing his hands forward, meaningful silence. He gave the country youth, speeding up time much, much, thereby turning an hour into a minute. He gave the country a bright, spring morning, sun-drenched, filled with joy, hope, and the future.

He rejected the blood of Afghanistan. He put Orthodox crosses and a Muslim crescent on us, allowed us to read the Bible and the Koran. He allowed us to pray, make pilgrimages and openly confess our faith in God. Only because Gorbachev brought people back to God by destroying the satanic regime that cut people off from the divine universe, the regime that kills clergy, destroys temples, kills and evicts entire nations, he deserves to have his name left for centuries. And even if everything else was a mistake, only by returning people to God, Mikhail Sergeevich has already perpetuated the memory of himself. The right to believe has opened the way for spiritual development to millions of those who are striving for the search for moral truth. But it is important that everything else was done correctly. Mikhail Sergeevich chose a very difficult, but the only true path, not thinking about himself, not looking back at ill-wishers, not looking for benefits, sincerely believing in the historical necessity of transformations. He managed not only to understand this historical necessity, but also to feel it with his big heart.

Gorbachev opened the world to us. And us to the world. Like small unintelligent children, he showed that for a normal, human life, one does not need to steal, but one can simply earn money, one does not have to flee abroad, but one can simply go, that the world is not limited by the editorial of Pravda and sprat in tomato with doctor's sausage. He showed and proved to us that we ourselves, and not the 6th article of the Constitution, should tailor our lives, raise our children, without coercion, without a whip, love and respect our Motherland.

For me, the appearance of Gorbachev, his historical significance repeats the importance of the decision to free the peasants, the collapse of serfdom. Different eras, but does the creation of the first cooperatives, the liberation of rallies and the appearance of Bulgakov on the bookshelves, and Sakharova on the Kremlin podium mean less for modern Russia than the distant decree of Emperor Alexander II?

Today, any words summing up the life of Mikhail Sergeevich pale against the backdrop of the scale of his personality. With his political will and wisdom, unique capacity for work and, of course, sincere devotion to his people, he managed to accomplish the impossible: the countries of the former USSR, choking on the inefficiency of state mechanisms, external and internal conflicts, the passivity of the majority of the population, escaped from the grip of a communist utopia, embarking on a democratic path of development .

Mikhail Sergeevich made a huge contribution to the formation of a new country built on the desire for the fundamental rights and freedoms of every citizen, aimed at integrating into the world economic and political system. He managed to carry out reforms, without which modern Russia is unthinkable, he created the basis for the development of entrepreneurial initiative and market relations. Gorbachev rediscovered capitalism for Russia. And no matter how this system is criticized, time has shown that no one in the world has yet come up with a stronger foundation for the social and financial well-being of society.

With the brightest, warmest feelings, with deep and genuine gratitude, many of his contemporaries and representatives of future generations will remember Mikhail Sergeyevich Gorbachev. Millions of people around the world are grateful to him for the air of freedom and democracy, for perestroika and glasnost, for the opening of cultural and communication boundaries. It is to him that we owe the fact that a free market appeared in the USSR, the first cooperatives, small enterprises, a new type of free people was formed – people of creation who managed to get out of the kitchens onto the streets, those who believed Mikhail Sergeevich in 1985 and followed him , including me.

In my memory he will forever remain young, courageous, thinking boldly, freely and at the same time carefully in relation to eternal human values. I was in the native village of Mikhail Sergeevich – Privolnoye, Stavropol Territory. Was it not by the will of the Most High, by God's providence, that the appearance in this wilderness, a small village, of a person of such a level and significance was determined? But, apparently, it was the knowledge of real life that helped him not to break away from the people, to understand their aspirations, to feel their pain. He was real. I will never forget our rare but very meaningful meetings in Moscow and London, his memories of the country's past, discussions about its present and future, his wisdom and humanity, his concern for the fate of the world and sincere devotion to his family.

I remember meeting with Mikhail Sergeyevich at the Gorbachev Foundation at 39 Leningradsky Prospekt. These were important conversations for me, rich in meaning. I admired the simplicity and naturalness with which Mikhail Sergeevich always carried himself. He had the true dignity of a great man. I remember his smile and glowing eyes, touching attention to the people around him. He was completely devoid of symptoms of the main disease of our time – indifference. A lot fell to his lot: with what modesty he accepted fame and recognition, and with what calm wisdom – treason and unfair reproaches. He knew how to forgive and not keep a stone in his bosom, he was generous. He was always above the fuss and squabbles, not sullying his conscience and good name with either corruption, or acquisitiveness, or betrayal of his homeland. This is how he will always be. Above us…

God has one day, which is a thousand years, and a thousand years, which is one day. Often only time makes obvious what was not visible to contemporaries. But now it does not take thousands of years for humanity to realize the scale of the irreparable loss. I am sure that even today the young generation of free people appreciates and will appreciate the importance for Russia and the whole world of a great man, our compatriot Mikhail Gorbachev.

I express my sincere condolences to the relatives of Mikhail Sergeyevich Gorbachev and the staff of the Gorbachev Foundation.