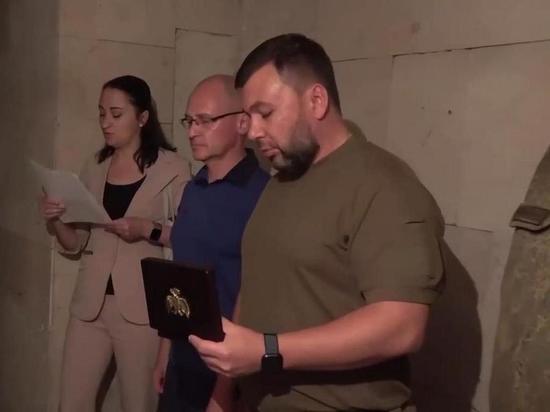 In the Somalia subdivision; Sergey Kiriyenko, First Deputy Head of the Presidential Administration of the Russian Federation, and Denis Pushilin, head of the DPR, presented the stars of the Heroes of the Republic to distinguished soldiers. son's reward. He was posthumously awarded the title of Hero of the Donetsk People's Republic for the merits associated with the accomplishment of a heroic deed, and for the courage and bravery shown in battles. The Star of the Hero of the DPR was also received by Guard Captain Alexander Solodky, commander of the reconnaissance platoon of military unit 08828,” Pushilin said.