The Russian national idea and the Time of Troubles

There are two important philosophical and historical questions: is Russianness a biological nationality or is it a state of mind? And second, is nationalism good or bad? 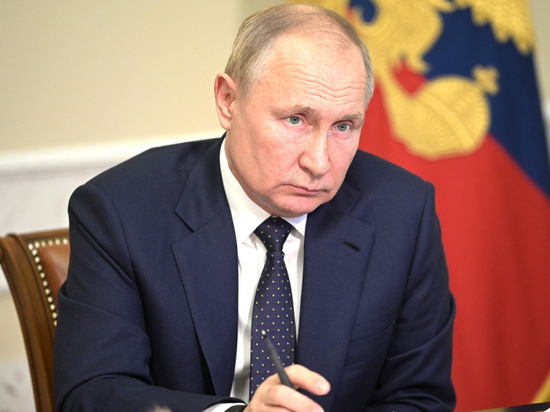 After all, the ideas of nationalism were raised by serious scientists and thinkers even before the pathological perversion of nationalism by Hitler, Mussolini and Bandera. Let's say, from the well-known Russian ones by V.S. Solovyov (“The national question in Russia”); N.A. Berdyaev (“The Fate of Russia”). From German to Fascism by O. Spengler (“The Decline of the Western World”). In the 90s, A.I.Solzhenitsyn tried to submit the topic (article “How to equip Russia”), and after him I can name more than a dozen benign scientific works with painful questions and answers about the fate of Russia as an original national state.

Those indifferent to this idea were already agitated by the question of nationality during the 2010 census. Many then confused sociologists with their answers, writing that they were Cossacks (a legalized cultural and ethnic community, but not a legalized nationality). Someone wrote himself according to the nationality of his father, someone to the mother, i.e. searched (sometimes without realizing themselves) the answer in the material aspect of the philosophical concept of anthropologism. Those who confidently believed that the religion they professed was more important than the dubious absolute purity of blood, indicated their confessional affiliation, i.e. Orthodox, Muslim, etc. Recall that in the Russian Empire, it was the religion, not the nationality, that was indicated in the passports (it appeared in passports and questionnaires in Soviet atheistic Russia).

However, today's democracy, like its constitutions, according to the well-known remark of the philosopher J. de Maistre (18th century) “intended for all peoples, is not suitable for any one” (see his “Discourses on France”). Democracy as a type of state power can be framed ideologically as a system of politicized principles, but this kind of abstract, insufficient power cannot be a national unifying idea for such a cultural and multinational state as Russia.

Democracy needs not a spiritual-historical cultural people, but a kind of mixed subcultural mass, population, but best of all a crowd (for pro-Western political scientists, this is a mixed, deserted civil society), and, of course, democracy needs promising declarations, namely the temptations of universal equality (from the French declarations of the 18th century also by brotherhood), abstract freedom, etc., a set of beautiful words written on paper called the constitution.

Thank God, none of the serious scholars has yet tried to subsume the constitution under the phenomenon of the Russian national idea (those who have tried, it turns out unconvincingly, with a lot of exaggeration and speculation in words). It is even scary to deal with the interpretation of the phenomenon of “Russian national idea”. Agree: as soon as a well-known person declares publicly that he is a Russian nationalist, he will immediately be written down as racists, chauvinists, pogromists, etc., straight as fascists. They will immediately recall the pre-revolutionary “Union of the Russian People”, which, back in pre-revolutionary Russia, the liberal forces and their press proclaimed as Black Hundreds with an anti-Semitic physiognomy. Meanwhile, members of the royal family, governors-general, philosophers, writers were also members of that “Union”, and the goal of the “Union” was to establish the Orthodox faith in Russia and strengthen Slavic unity. This “Union” followed the Gospel commandment of brotherly love without national differences: there is neither Greek nor Jew before God. There were Jewish pogroms, which the tsarist government suppressed with the most severe measures with the use of regular and irregular troops (Cossacks). Read about this quite accessible work of V.V. Shulgin “Years, days – 1920”.

But what did the above-mentioned Russians and other thinkers decide about the nationalism of the Russian and other people? Everyone has one conclusion in different words (compare): “The individual value of a nationality is expressed primarily in its culture … nationality is a spiritual face” (Berdyaev). “Russian nationalism is love for a historically established spiritual image … it asserts its own, but does not despise someone else's” (Ilyin). “The people are in the style of culture, i.e. a historical people called a nation. A nation, since it lives and fights, has a state not only as a state of movement, but primarily as an idea “(O. Spengler).

It can be safely said about V. Putin that in his spiritual content he fits the philosophical concept of “Christian personality” and is largely a church-going person (one of the proofs is his successful efforts to reunite the Russian Orthodox Church and the Russian Orthodox Church Abroad). Over the years, he became aware that a new USSR on the basis of a communist utopia cannot be created, and there is no need to try. It is consistent in the centripetal movement of collecting the Russian lands of the former Russian Empire, which under Soviet rule was called the USSR. The USSR was called federal only on a paper constitution, but in reality it was strictly unitary (Lenin put a pig with federalism in his time. Stalin was strongly opposed, because he understood the danger of this time bomb, which went off in 1991). It is clear that you cannot assemble an empire of a model before 1918, and it is not necessary, that is, definitely without Poland, Finland and someone else, for example the Baltic states. Once again, let's pay tribute to V.V. Putin: slowly, but confidently pulling South Ossetia and Abkhazia to Muscovite Russia and not giving up Transnistria (conquered by Suvorov in due time) neither Moldova nor Romania, and, of course, Crimea.

Everything was done legally clean: referendums in Abkhazia and Ossetia were recognized (there were four of them, and the answer is always the same – to Russia); in the 2000s, Russian pensions were assigned there and our passports were issued (as well as passports in Transnistria); referendum in Crimea, and they have our passports. It is up to Novorossia, where there are already 400 thousand citizens of Russia, and an attack on them by Western (allegedly Ukrainian) nationalists, according to all norms of international and moral law, should cause a corresponding forceful reaction from Russia.

Idea as a word and concept etymologically presupposes the designation of an ideal (not an idol or an idol), and for a believer of any religious denomination this is a spiritual ideal, and it is primary and absolute. It predetermines the true culture of the people, and this is a “historical people”. All other ideals for a person strengthened in faith are secondary and are tested for truth and strength, if they are not godless. European nihilists and homegrown for centuries have been driving people with false ideals: now class (social-communists), now bourgeois – the cult of a successful merchant (we have been observing this in Russia for 30 years). O. Spengler was already right in 1918, arguing that the death of Europe is the loss of spiritual culture as a basis (the idea of ​​a nation), instead of which came a material civilization (philistinism).

With a person, everything is somehow more understandable, since the path to being is open to him or, as a worst option, to existence. The most difficult thing is with the state in periods when the state lost understanding of the idea and the fundamental culture of its people, replacing the idea with an abstract ideology, culture with civilization, and the people (nation) were politicized (the so-called “Soviet people” or “Russians”) and turned into citizens (civil society) and population. Here the state loses its connection with its people (nation) and begins to communicate with its people through the adoption of an infinite number of formal laws (positivism, which is known to be destructive for the state and people). Ours passes an average of 350 federal laws a year. It is completely forgotten that it deals with living people, and this is why such a passion for universal digitalization, for artificial intelligence and the substitution of a psychologist for the confessor. Russia is not only a huge territorial space, but also an internal spiritual space, and the main and most difficult task of the state is to create conditions for the conquest of the territorial spiritual space. There is no need for new worlds and new ideas, and God forbid so-called legal mechanisms, which our government is now overly keen on. Such secular power is disappearing, just as the power of the CPSU in the USSR disappeared. The state can be neither an idea nor an ideal and should not compete with religion or borrow it to decorate its ideology (the communists have tried and are trying now to adapt the Sermon on the Mount to the Communist Party Manifesto, as they once did to the Moral Code of the builder of communism).

It is worth listening to one of the most cited philosophers by V.V.Putin – I.A.Ilyin: “The authorities cannot bring to life religiosity, but it is the direct responsibility of the state to protect its inception and flourishing, and moreover, it’s a question for him. being “. Note that this is a question of being for all of us hoping to live in Russia. And the form of the state for this for Russia has long been predetermined, for example, by the great Russian poet and diplomat FITyutchev: “The tribal issue is only secondary, or rather, it is not a principle. This is the element. The principle is the Orthodox tradition, and therefore Russia, as Orthodox, is the guardian of the Empire ”(see his“ Russia and the West: Book of Prophecies ”). By the way, our two-headed eagle got sick with one wing – the Little Russian one, and it needs to be treated immediately. There are good doctors there – the Orthodox clergy and their flock, who showed their national idea, having gathered 350 thousand people for the Easter procession – both Russians and Ukrainians (2021).

Our government should immediately stop running around with a cosmopolitan liberal idea of ​​the so-called civil society, membership in which will not seduce either orthodox Christians, or fundamental Islamists, or orthodox Jews, where spiritual religious community prevails, for whom the national idea is in their religious sources. Russia can be (come true) only as an empire: Central Russia, Little Russia (Kiev) and White Russia. Here is the path to the unity of individuals as belonging to nationality. NA Berdyaev is right here: “Nationality is a historical problem, not a social problem, a problem of a specific culture, and not an abstract public. All attempts to rationally define nationality lead to failure. ”