But theoretically the moment is favorable for this

The author of one of the shortest-lived sensations was the Honorary Consul of the Republic of Abkhazia in Rostov-on-Don, Adik Arshba. He said that a draft statement on the recognition of the independence of Abkhazia and South Ossetia has been submitted to the Belarusian parliament. The message appeared on Mr. Arshba's Telegram channel on November 10 at 23:00. And the next morning, denials from Minsk followed. 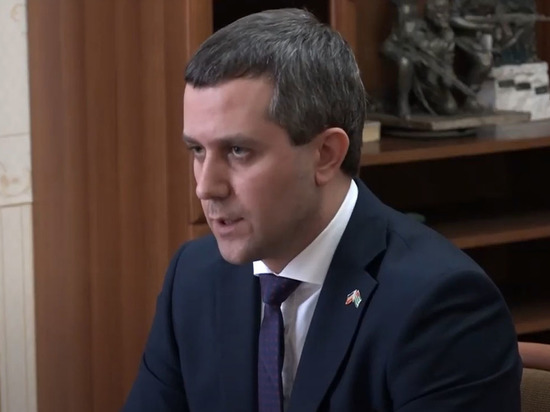 & nbsp; The Secretariat of the lower house of the Belarusian parliament said that the draft law on the recognition of South Ossetia and Abkhazia had not been submitted to the legislative body. “ We do not have such a document. This issue is generally not subject to legislative regulation '', & ndash; noted in the Secretariat. Drafts of such documents are usually prepared by the International Affairs Commission of the House of Representatives. The deputy chairman of this commission, Oleg Gaidukevich, also denied the preparation of such a law. & Nbsp; & nbsp;

& nbsp; Earlier, Belarus actually recognized Crimea as Russian. Foreign Minister of this country Vladimir Makei said that although “ the position of Belarus on Crimea remains the same as it was, '' & nbsp; “ We understand in reality that Crimea is now Russian territory. Let's start with that. ''

& nbsp; & ndash; Honorary Consul, and even in Rostov & ndash; this, of course, is not a very high level. & ndash; So commented on “ MK '' this news is the deputy director of the Institute of CIS countries, political scientist Vladimir Zharikhin. & ndash; Although diplomats usually don't talk in vain. If Mr. Arshba were a full-time employee of the Ministry of Foreign Affairs, then he should have been dismissed for such a leak. The honorary consul cannot be fired, he is not a career worker. He is an irresponsible person. Honorary consuls often become entrepreneurs, “ respected '' people who, simply with the consent of their state, perform some representative functions in the host country. Maybe he drank some wine and wanted everyone to know that there is an honorary consul of Abkhazia in Rostov. It's not worth commenting on such a half-fake.

& nbsp; & ndash; Previously, Belarus did not do this because it was afraid of sanctions. But they have already received sanctions for something else. Now, especially after this whole story with refugees, the Belarusian leadership has realized that relations with the West have been irretrievably ruined, and nowhere worse. Therefore, Minsk may well agree to this. Lukashenko already indirectly, with a twist, as is his custom, the Crimea seems to have already recognized. Why not recognize Abkhazia? This is a lesser fault before the West.

& nbsp; & ndash; Georgia is of negligible importance for Belarus. In any case Georgians will have to buy potash fertilizers. & Nbsp; & nbsp;