Sad news of the first week of the year

As soon as the beginning of the year, five nuclear powers pushed the hands of the doomsday clock back a minute before Kazakhstan flared up. And this glow overshadowed the rest of the news, which, by and large, was not much: Olivier salad, consumed on an industrial scale, is an excellent remedy for stupidity – the officials who were heavy at the table were not able to get up and start managing our lives. 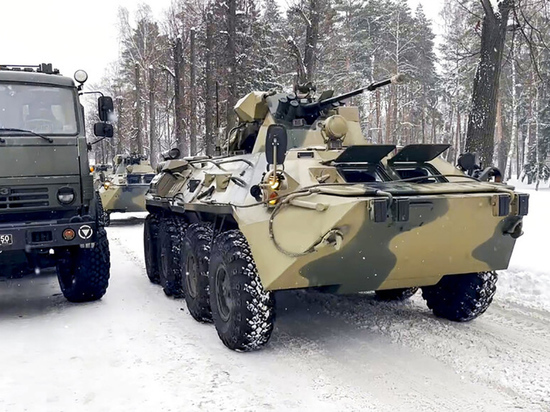 At the end of last year, there was already such a distinct smell of gunpowder that the leaders of China, Russia, Great Britain, the United States and France decided to do at least without the apocalypse. And in early January, their joint statement on the prevention of nuclear war came out. Which is not bad, even if you don't pay attention to one small moment – they agreed that you shouldn't throw atomic bombs at each other, but there was no agreement about third countries. But Kazakhstan did not let the air out and calmly wait for the planned Russia-NATO talks on the fate of Ukraine (it is naive to think that about anything else, since the officially announced topics are euphemisms) Kazakhstan did not give.

Several lessons can be learned from the revolution that did not happen in Kazakhstan. In Kazakhstan, it is the same as we have, there is Comrade Kassym-Zhomart (the current president Tokayev), and everything is going according to plan: the population is impoverished, the oligarchs are getting richer, the industry is destroyed, medicine is optimized. GDP per capita is comparable to that of Russia, the percentage of people below the poverty line is almost the same, and Kazakhstan is also very rich in natural resources. But the Kazakh authorities made a serious mistake by not taking into account the Russian experience. Under wild oligarchic capitalism, stability is ensured by the fact that the population teeters on the brink of survival – not falling completely into poverty, but also not moving into the middle class, which, feeling self-confident, will immediately begin to demand political freedoms. And in Kazakhstan they took and released the price of gas. And the market immediately resolved – it took off twice. It was then that not cold-hearted students with ducks and dyed hair came out into the streets, but serious, severe with a hangover, their daddy in sweatpants stretched out on the knees and cheap unfashionable down jackets. The protest began as a truly popular protest. And this is the first lesson – no policy in the post-Soviet space will give rise to popular protest. Only the economy. But.

Here's the second lesson – the popular protest was immediately discredited. And not even marauders, natural companions of mass unrest. The opposition. The one who, just like ours, is squeezed abroad to feed from Western hands.

This is a stalemate – the opposition allowed in the country is not allowed to come to power, it is kept for visibility and letting off steam, and the rest of the opposition is immediately declared an enemy of the state. And as soon as this foreign Kazakhstani opposition declared itself, it gave the authorities an opportunity to talk about external interference. Well, if external interference is indicated, it means that the authorities are correctly suppressing the protest and preventing the country from being destroyed.

Third. In fact, no external intervention is required to bring CSTO forces into the country. Article 2 of the Collective Security Treaty states that the introduction of CSTO troops is completely legal and without any external interference.

One more thing is the most important. It was immediately clear that the protests in Kazakhstan would take advantage of all and sundry of those who represent where Kazakhstan is and who understand that this is Russian land. I am quoting Patriarch Kirill: “This is very close, this is on the territory of historical Russia, and therefore we cannot be indifferent to this shedding of blood, to these clashes, to this human disorder.” It was clear that the “partners” would do everything to make Russia uneasy. And with all these introductory notes (all the same, we will be accused of all mortal sins, the “Russian intelligentsia” has already begun to sing), the chance to return, so to speak, Baikonur to its native harbor, is melting before our very eyes. The Russian spring did not take place in Kazakhstan. Crimea has become an exception to the rule.

What's next? Further, the current regime will withstand in Kazakhstan, and Russophobia will begin to grow. And there is no need to explain why. Our Defense Minister Sergei Shoigu said absolutely right on Sunday that today an information war is going on on all fronts, Russia has no right to lose in it. But at the same time, we see an active discrediting of our peacekeeping mission. Remember the Crimea and Syria – there was no respite from the news with the Russian position, the excellent designation “polite people” appeared. And now, on our side, there is an information vacuum, which the opposite side is actively filling.

And from the good of the week … It was Christmas. It was during the night service that the patriarch said that Kazakhstan is the Russian land. They also showed us Vladimir Vladimirovich. And I remembered the shooting on May 9, 2020. Then lonely Putin stood on the Kremlin porch, and military aircraft flew in parade over the deserted, deserted Red Square. I wanted to believe that it was temporary. But at the celebration in the church at the Novo-Ogaryovo residence, Putin was alone. Again because of the covid. One. Apart from the priests and the film crew. They brought him candles on a tray, and he set them on. Attached to the festive icon. It was impossible to see anything sadder on Christmas.

The military carried out a sweep of Almaty: footage of the city plundered by marauders