Odessa Mayor Gennady Trukhanov called for negotiations with Russia. In an interview with the Italian newspaper Corriere della Sera, the mayor advocated finding compromises and lowering the level of confrontation, because “the lives of millions of people are at stake.” According to the mayor, after the start of the Russian special operation, Zelensky did everything right, but he had to leave “more autonomy to the regions and municipalities.” Trukhanov's statement was commented specifically for “MK” by political scientist Sergei Markov. 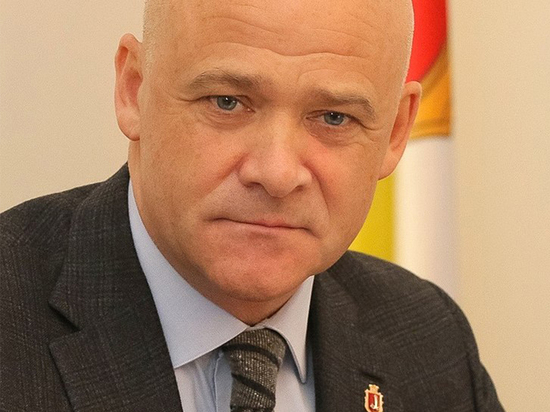 – He himself explains this in his interview. He says that Russia sets the task of liberating Odessa. And, although Russia by no means wants the liberation of Odessa and Kharkov to follow the model of Mariupol, where the Armed Forces of Ukraine used civilians as human shields, nevertheless, there is such a threat.

Trukhanov expresses the position of the majority of Odessa residents who want a big war not to come to their city. He wants ceasefire negotiations to take place before the Russian army storms Odessa. This is also what 90% of the townspeople want.

– Of course, he does not speak on behalf of the leadership of Ukraine. There is no consolidated position there. Because this is a puppet regime, they have different lines of control: some fulfill the requests of the Americans, others – the British; some are in touch with the CIA, others with Pentagon military intelligence.

If the Americans and the British had evaporated, Zelensky would have called Putin 20 minutes later asking him to start negotiations immediately. But they only do what the “curators” tell them to do. Zelensky was told that there could be no negotiations with the Russians now.

Their plan is as follows: the Russian army will take the Donbass – Seversk, Bakhmut, Avdeevka, Marinka. These are small villages, actually a suburb. The sands are for Donetsk what Yasenevo is for Moscow. Avdiivka and Marinka are like Balashikha and Khimki.

They want the Russian army to take all this, and that after that there would be a cessation of hostilities according to the Korean version.

– Yes, Russia is taking Donbass, and a terrorist war will be waged against us from the territory remaining in Kyiv. This, in my opinion, is the American plan.

Trukhanov knows that Russia has often won. And he knows the situation on the southern front. And he understands that a powerful grouping of the Russian army is concentrated there, which can launch an offensive at any moment. And he tries to avoid this option.

– I would say that he accidentally let it slip. Still, this is an interview with an Italian newspaper.

– Not quite so. It does not mean that there will be a change in the position of the Kyiv regime. Because the Kyiv regime does not represent the inhabitants of Odessa, Kharkiv and Kiev, it represents the American and British leadership. But this statement means a lot for understanding the real sentiments of the population of Ukraine. And they are: we dream of peace at any cost.

– Who knows. This is a technical issue. The Americans managed to negotiate with the Iraqi generals to surrender everything. Need to negotiate. But the mayor is not responsible for the defense of the city. Therefore, the success of such negotiations is unlikely.