Spice makes it clear her that her clothing brand, Graci Noir, is for everyone.

On Thursday (September 16th), Spice took to Instagram to post a screenshot of an exchange between her and one of her supporters, which took place via the comment section on one of her previous posts. The fan seemed to be debating whether or not she should purchase clothes from Spice’s clothing line, Graci Noir, as she is caucasian and believed the line was strictly for black women.

She added a very discouraged, remorseful emoji displaying her sadness over the situation. She continued, “some people can [feel] not good when white people will wear Graci Noir collection,” adding quotations as she quoted her friends. “[Is] that true? For me, outfit is an outfit but maybe I don’t know something about your collection,” the fan concluded.

Spice sweetly responded to the fan clearing up any misconceptions about her dilemma of whether to buy the outfits from the clothing line or not. Spice frequently gushes over her fans and supporters and constantly expresses gratitude towards them, so fans were not surprised that she took the time to address the concerns. 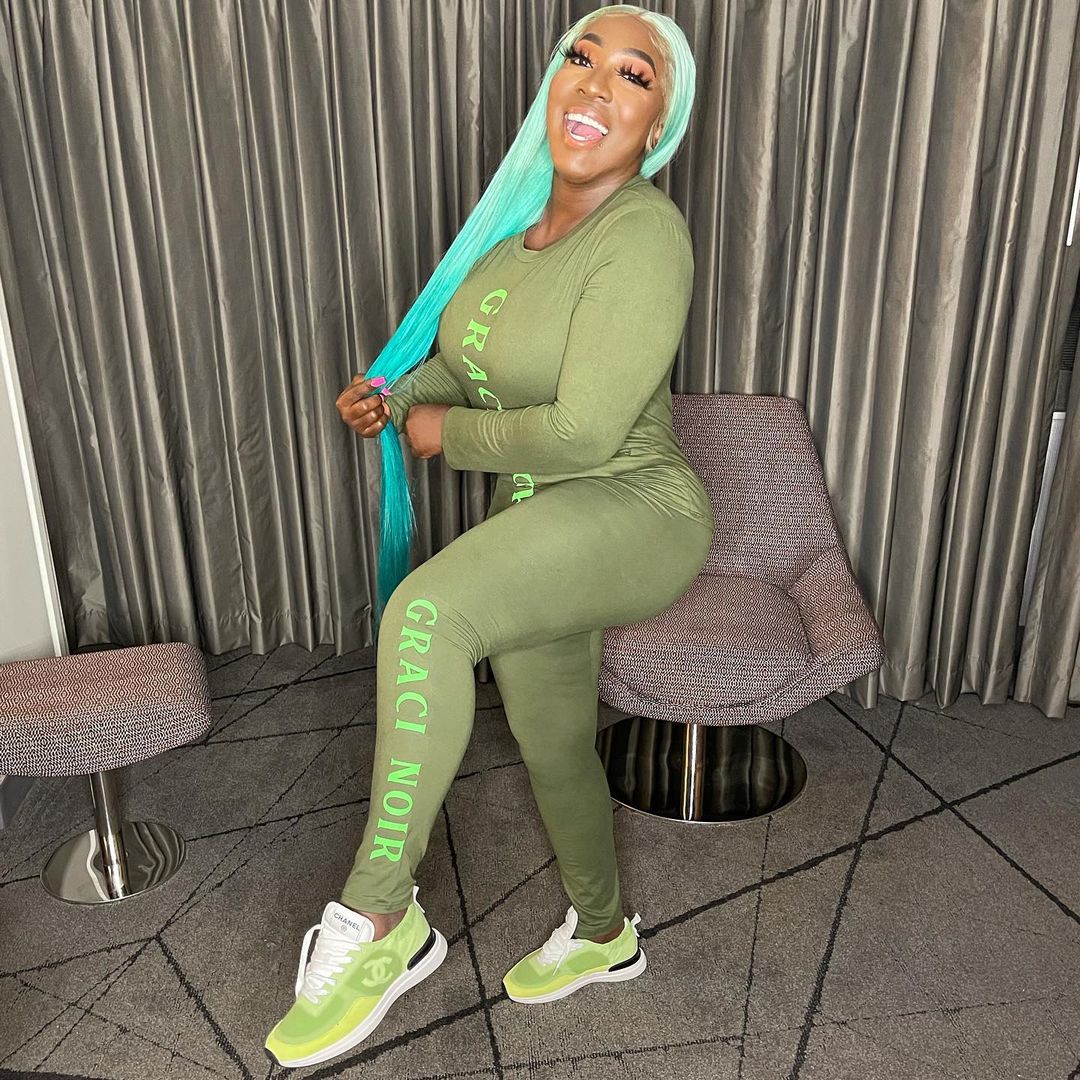 “Wow, this is not true. My collection (@gracinoir) was made to be represented by all ethnic [groups],” Spice began, adding the emoji of a smiling face with hearts around it.

“In fact, even tho the word “Noir” means black, a Caucasian wearing it would only show support to the black community. Make sure you tag me in your picture so I can show our unity #TogetherWeareStronger #supportblackownedbusinesses. Love always,” the artiste ended her statement with three accompanying blue hearts and a black fist.

Spice had disclosed before that her passion for fashion was born when she had to continuously come up with creative ideas for her costumes, hair, and performances, and it was throughout this experience that she had the urge to venture into the world of fashion as an entrepreneur and designer.

The Queen of Dancehall’s eye-catching, over-the-top outfits would naturally make her stand out at any stage show or live performance that she had. Thus, fans were elated yet seemingly unsurprised when she launched her clothing line, “Graci Noir,” back in 2020 when the Black Lives Matter Movement was a prominent issue in the U.S, which is where she currently resides.

Spice also revealed that through this brand, she wanted to start something new that would also carry on her black roots. She wanted to represent her complexion in her line, which is why she went with “Noir”, which is French for black. “Graci” means thankful, and she is so thankful for the support that she has been getting from her fans and followers throughout the years.

In the caption section of the post, Spice took the time to share how much the exchange meant to her.

“I feel like posting this because she asked an important question about my brand. Even tho the word “Noir” signify my race, it doesn’t mean that it was only made to be worn by black people. (@gracinoir) can be worn by any ethnicity #supportblackownedbusinesses,” she expressed.

Many international fans were happy to hear this and thanked the fan for asking the question instead of going off of what her friends said. The comment section of the post beamed positivity as fans stood united, declaring the mantra, “divided they fall but united we stand!”

You can shop the collection at gracinoir.com.