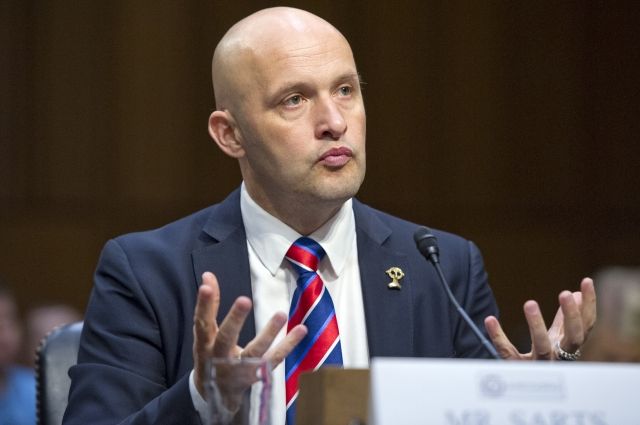 Director of the NATO Strategic Communications Center (StratCom) in Riga, Janis Sarts, arrived at the conference in Warsaw in socks of a Ukrainian manufacturer with an inscription insulting to Russian citizens on the ankles, writes RIA Novosti.

The corresponding photos appeared on Twitter on the page of the Ministry of National Defense of Poland, whose head Mariusz Blaszczak was present at the event.

A Ukrainian clothing manufacturer also reported on the incident on his account. Sarts himself confirmed in the comments that he was at the conference in the socks under discussion.

Earlier it was reported that an associate of Ukrainian President Vladimir Zelensky, Verkhovna Rada deputy Nikolai Zadorozhny arrived at an event in the Ukrainian city of Trostyanets in a sweater with the letter « V», which is an unofficial symbol of support for the Russian military special operation in Ukraine.