The emergency visit of the head of the International Atomic Energy Organization (IAEA) Stepan Grosi to the Zaporozhye nuclear power plant on September 1 unfolded according to all the canons of the adventure genre. There was also a lingering uncertainty whether the visit would take place or not, and up to the very last moment. There were battles in the area of ​​the nuclear power plant, the actions of saboteurs and shelling. All this was observed by a MK correspondent as part of a group of foreign and Russian journalists. 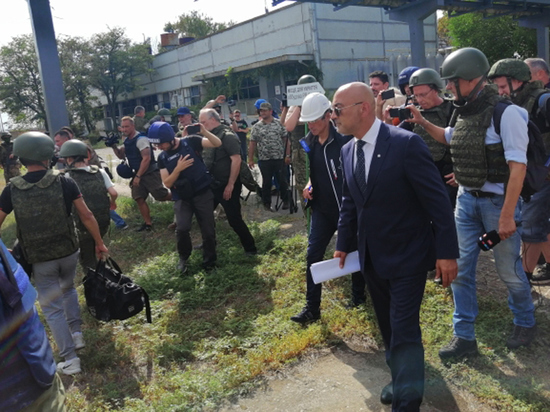 From Berdyansk, where the journalists started at five in the morning, to Energodar, where the Zaporizhzhya nuclear power plant is located, is 200 kilometers. In a good scenario, three hours drive. But in reality the journey took almost six hours. And all for the safety of journalists. The organizers of the trip specifically chose the safest route. But, unfortunately, it turned out to be much more winding, and even along broken Ukrainian roads.

Journalists were required to turn off their mobile phones. As the military said, a large number of working mobile phones at one point is a good target for arrival. There are many people who want to disrupt the trip of journalists to the nuclear power plant, which the Armed Forces of Ukraine regularly shell.

We stopped several times and waited for orders from above. The military, who provided security, reported the operational situation. Early in the morning, two sabotage groups of the Armed Forces of Ukraine tried to land on the shore of the Kakhovka reservoir, three kilometers from the nuclear power plant, on landing boats. The attempt was thwarted, the military said laconically.

Then there were reports of arrivals in Energodar. By the time the bus with journalists finally reached the nuclear power plant, the situation had not improved. Four shells flew into the area from the side of the Armed Forces of Ukraine, there were dead and wounded among the local residents, including a child. And that's why all the journalists were immediately driven straight from the bus into a bomb shelter next to the administrative building of the nuclear power plant. There stretched hours of waiting for the head of the IAEA.

Grosi traveled to the Zaporozhye nuclear power plant, which is under Russian control, from the territory of Ukraine. It was the demand of Kyiv. It was reported that, at the insistence of the Ukrainian side, he stayed for several hours in Vasilyevka, where there is a transition from Ukrainian territory to Russian-controlled.

It is possible that the Ukrainian side wanted to disrupt the visit of IAEA inspectors to Energodar at all costs. After all, what is the essence of the problem? Ukrainian troops shell nuclear power plant, but are accused of shelling & hellip; Russia. Logic is not to be found in such statements. But the hidden meaning is clear: Kyiv really wants to return under its control the station, which largely provides electricity to the areas of Zaporozhye and Kherson regions liberated from the Armed Forces of Ukraine. After all, this is such a powerful trump card in the light of the upcoming referendums in these areas: if you vote wrong, we will turn off the light. And in general, nuclear power plants are a powerful tool for nuclear blackmail. And Kyiv would very much like to win over the IAEA to its side. Well, or at least neutralize it, preventing the inspectors from entering the station so that they would not find out the truth.

And here is the super-news: Grosi has finally arrived and is about to be at the station.

There are several black cars with Ukrainian license plates in Grosi's cortege. He himself moved around the station more on foot. He was wearing a white helmet and an IAEA branded jacket – IOAE.

A group of IAEA inspectors led by Grosi was accompanied by nuclear power plant workers, as well as Rosatom representative Renat Karchaa. He gave explanations to the foreigner, showing the results of the shelling.

– Is there evidence from which side the arrival was? – Asked Grosi near one of the places where the ammunition burst.

– Yes, ballistics show that the projectile came from the north side of the reservoir, and there are Ukrainian troops, – answered the representative of Rosatom. 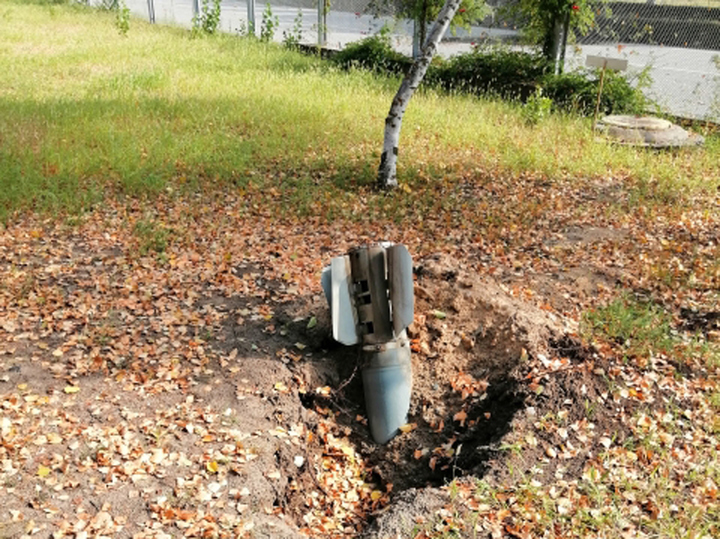 There are many places like this. For example, the shank of the Smerch missile and remained in the ground, a hundred meters from the storage of spent nuclear fuel. If such a powerful projectile exploded in the vault itself, it would be a real “dirty” an atomic bomb, that is, radioisotopes were sprayed over a large area, making it unsuitable for life and work for many, many years. Arrived "Smerch" from somewhere near the city of Marganets, where the Armed Forces of Ukraine are now.

One shell destroyed the pipes of the reactor cooling system. The pipes were quickly repaired, but the water is still oozing in this place. A shop for the production of liquid nitrogen was damaged nearby. Windows were blown out, there are internal damages.

The head of the IAEA was shown huge tanks with hydraulic fluid, which is used in the technical support systems of nuclear power plants. The tanks were slashed with fragments, the holes have not yet been sealed, technical fluid is flowing from them.

The journalists were also shown fragments of a foreign kamikaze drone, which was recently shot down over the territory of the nuclear power plant. It carried 300-500 grams of hexogen, but, thank God, did not have time to harm nuclear power plants.

In a few hours, the head of the IAEA walked around all the key facilities of Europe's largest nuclear power plant. Based on the results of the inspection, he spoke very succinctly. So what conclusions the IAEA commission came to can be judged from the organization's official communications.

I would like to hope that the conclusions will be professional and not politicized. At least, the visit of the head of the IAEA to the “hot spot” itself inspires some hope for this.