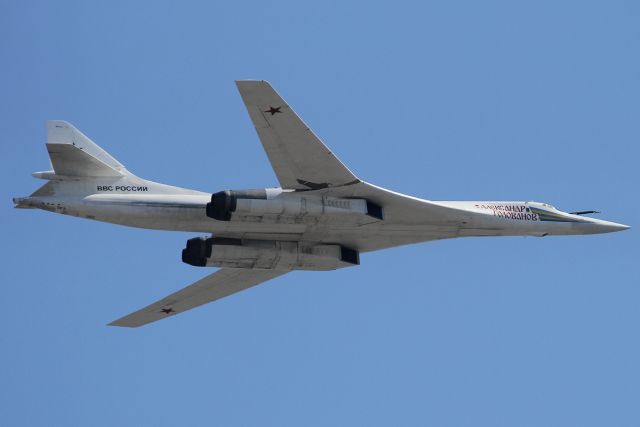 Two Tu-160s carried out patrols in the airspace of Belarus today, RIA Novosti reports with reference to the Ministry of Defense of the Russian Federation.

The goal was to practice covering them with Su-30SM aircraft of the Belarusian Air Force. The maneuvers were carried out as part of the continuation of the joint exercises of the Air Force and Air Defense of the Armed Forces of the Russian Federation and Belarus.

It is specified that the pilots successfully coped with the task. Also, the defense department noted the high level of interaction between Russian and Belarusian crews during the entire flight, which lasted 4 hours and 36 minutes. During this time, the strategic missile carriers covered a distance of more than 3000 kilometers.

The Russian Defense Ministry added that the measures were taken to ensure the military security of the Union State, and were not directed against third countries. All the aircraft subsequently returned to their home bases.

Earlier today, the Tu-160 of the Russian Aerospace Forces conducted an imitation of bombing at the Belarusian range as part of training combat training tasks.

It was also reported that Minsk was announced regular joint flights with the Russian Federation along the border. The Belarusian Defense Ministry said that “ these are measures of an adequate response to the evolving situation. ''