Although the special operation in Ukraine remains the main subject of post-Soviet politics, Russia's relations with other independent states also attract significant attention. Many people remember how recently, at the plenary session of the St. Petersburg Economic Forum, the President of Kazakhstan, K.-Zh. countries sanctions against Russia. The subsequent events – from the twists and turns with the shipment of oil through Novorossiysk through the pipeline of the Caspian Pipeline Consortium to the statements of the Kazakh authorities about their readiness to replace Ukrainian grain supplied to world markets – returned Kazakhstan, which had retreated to the periphery of Russian politics, to the center of emotional discussions of domestic political scientists. 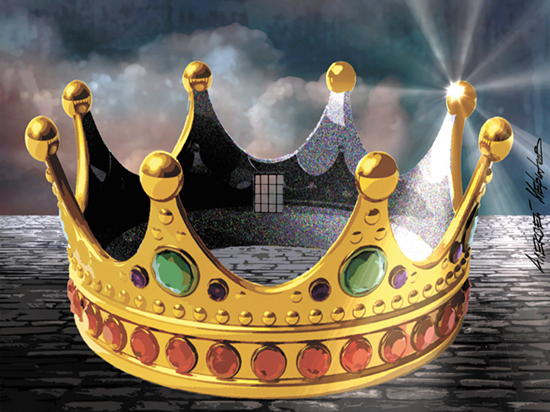 However, I must note that the events in the neighboring republic deserve attention, regardless of what its leaders think about the situation around Ukraine. As you know, after the January riots (which apparently became the result of a process of redistribution of power within the Kazakh elite), President K.-Zh. Tokayev announced the launch of a reform process in almost all major areas of public life. Their main tasks were declared to be political transformation, accelerating economic modernization and establishing the rule of law in order to eradicate corruption. However, six months after the beginning of the January events, there are many doubts about whether these decisions will be implemented.

So far, we have seen only the first step along the path of political reform – the constitutional referendum on June 5, which resulted in the expansion of the powers of Parliament; elections have become more transparent; relatives of the president were banned from holding leadership positions in the government and state-owned companies; The Constitutional Court was re-established and the post of Ombudsman was established. How much the amendments approved by the people will change Kazakhstani politics and whether they will be able to turn the authoritarian regime into something more than a plebiscitary one, we will not see soon – the next parliamentary elections should be held only in 2026. As for the rest of the reforms, they are still in progress, I would say, only “in the pipeline”: the program of economic reforms, apparently, will be announced only in early autumn, and the promised reform of the law enforcement system is frankly stalling.

Long before the January events, President K.-Zh. in society arose, frankly, quite often. Immediately after the riots were put down, the president acknowledged that “the judiciary is still a legitimate concern for citizens.” These wishes, of course, are justified, but the Kazakh law enforcement system will almost certainly become the most active opponent of the reforms announced by the head of state, and so far I see no guarantees that Akorda will emerge victorious from the confrontation with the huge power bureaucracy.

Examples confirming that such a confrontation will be difficult are very numerous. During the same constitutional referendum, an amendment was adopted completely abolishing the use of the death penalty in the country – but at least six detainees were killed by law enforcement officers in a pre-trial detention center, and at least 25 others were subjected to sophisticated torture. At the same time, the investigation of these crimes is difficult, since most of the security forces participated in the beatings of those under investigation, wearing masks, and there were no video recordings of interrogations. The forthcoming trials – both in relation to the participants in the January events and those accused of using violence against them – will be an important test of the reality of the intention of the Kazakh authorities to achieve greater independence of the representatives of the judiciary. So far, I can’t help but notice that in most cases the accusatory bias is present in the same way as before: if in 2016 the percentage of persons fully rehabilitated by the court, excluding cases of private prosecution, was 0.2%, then in 2020 it is 0.4 %, and according to the results of the second reporting quarter in June 2022 (cumulatively) – 0.6%.

Yet even when acquittals and/or comparatively lenient sentences are handed down in the courts of first instance—where judges have enthusiastically embraced the president's calls for a new way of life—the prosecutor's office appeals against the decisions and seeks their review in appeals courts tightly controlled by the “middle echelon” of the security forces. bureaucracy. An example of this recently is the case of the ex-head of SK-Pharmacy LLP B. Sharip, who was accused of abuse of office and acquitted by the court of first instance, but later found guilty of an alleged offense on appeal by the prosecutor's office. There are quite a lot of economic cases of this kind today: according to the Atameken National Chamber of Entrepreneurs, up to 26% of all criminal cases against businessmen are initiated unreasonably, but at the same time they drag on for years, accompanied by the seizure of property and bank accounts – and, in fact, the destruction of business by law enforcement officers. Almost three-quarters of business inspections are undertaken not based on data from the risk management system, but as a result of various complaints and appeals, many of which may be initiated by law enforcement officers themselves or unscrupulous competitors. At the same time, even if entrepreneurs manage to defend their good name, the possibility of compensating their losses is out of the question. In this area, in my opinion, the situation should be of particular concern to Russians, since Kazakhstan is Russia's largest partner in the EAEU, and Russian business began to move to the republic in the hope that the country has common customs rules with Russia – but this is not so, and some recent court decisions ignore a number of regulatory documents of the Board of the Eurasian Economic Commission and the Commission of the Customs Union. Considering that since the beginning of the special operation in Ukraine, thousands of Russian citizens have arrived in Kazakhstan and several thousand Russian businesses have been relocated, all these circumstances cannot be ignored. Everyone can become a hostage to the conflict of interests of Kazakhstani law enforcement officers and the confrontation between different “levels” of the judicial system.

The situation in Kazakhstan is not unique – rather unusual for the post-Soviet space is the attempt by the Kazakh leadership to try to correct the order that has developed over decades. It will be extremely difficult to do this: while on the side of K.-Zh. (according to its “letter”, which is quite modern in Kazakhstan). However, between the lower and higher echelons of the law enforcement system there is a huge array of security officials, who traditionally consider themselves a special class and perceive any acquittal as a personal insult.

So far, the authorities are engaged in a dialogue with entrepreneurs about a serious revision of economic legislation – primarily in terms of registration, licensing and business reporting, since these very moments most often become the reason (or reason) for initiating cases against entrepreneurs. President K.-Zh. Tokayev recently met with businessmen, discussing, among other things, the topic of their relationship with law enforcement officers – however, it was soon announced that the authorities hope to receive “the first tangible results of this work” … by January 1, 2024. At least before that time, apparently, the former pressure of law enforcement officers on business and citizens will remain practically unchanged.

In my opinion, the January events in Kazakhstan became an important watershed: in the past, an authoritarian state remained, which for thirty long years worked very successfully in the regime “manual control” and personal control of the first president over the economy and society; in the future, the country is promised a democratic system with a replaceable supreme power and a system of checks and balances, based on the rule of law and the independence of the judiciary. As long as society believes in the reality of such a transition, trust in the current head of state and the reforms he has announced will remain high. However, if citizens understand that the union of the “tops” and “bottoms” will not be able to destroy the power of the old “middle level” bureaucracy, the century of Kazakhstan's reforms will not be long…